Aluma Tower Company, Inc. is now supporting the IRSC with industrial materials for their welding school. Starting February 8th, IRSC will be using the aluminum materials donated by Aluma Tower […] 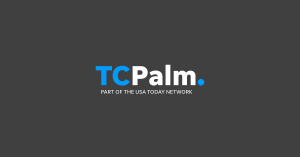 (From TCPalm.com) Every day Aluma Tower Company manufactures portable aluminum towers, shipping them across the country and around the world. This multi-million dollar manufacturing business has been located in the […] 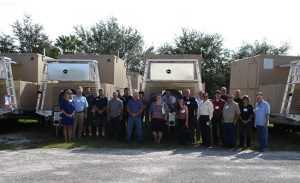 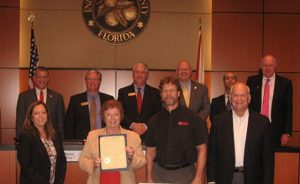 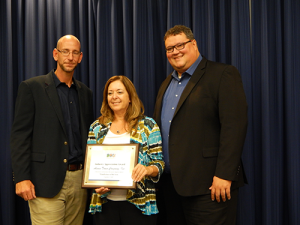 (September 17, 2015, quoted from TCPalm.com) With 35 employees, Aluma manufactures aluminum telescoping towers, shelters and trailer units, much of which are sold to the U.S. government. The company’s economic […]

(Quoted from SFMA’s Manufacturer of the Year Citation) It is decade number five for the Aluma Tower Company, but early yet for a legacy spanning the substantial portion of the […]

Aluma Tower Company, a global leader in the design, manufacture and distribution of tower, trailer and shelter systems, has received ISO (International Organization for Standardization) 9001:2008 certification for all its United States […]